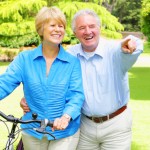 On any given day, you will find not one but several studies that examine the current state of affairs for Baby Boomers, the 77 million Americans born between 1946 and 1964 that are now slowly approaching retirement. And what’s emerging is an interesting, though at times bleak, picture of one of the most analyzed groups in America.

Here are some of the highlights of that research and the financial planning implications.

Retirement security: The 2006 Employee Benefit Research Institute’s annual retirement confidence survey recently reported that just 25 percent of workers are very confident about having adequate funds for a comfortable retirement. In some ways, that should come as no surprise given that half of all workers say they’ve saved less than $25,000 toward retirement, and even among workers 55 and older, more than four in 10 have retirement savings under $25,000. The implication for workers is that they will need to start saving more money toward retirement, with some financial planning experts suggesting that workers might need roughly 20 times their annual pre-retirement spending set aside toward retirement.

Retirement is a state, not a date. A new MetLife Mature Market Institute study indicates that 78 percent of respondents age 55-59 are working or looking for work, as are 60 percent of 60-65 year-olds and 37 percent of 66-70 year-olds. Across all three age groups, roughly 15 percent of workers have actually accepted retirement benefits from a previous employer, and then chose to return to work or are seeking work. These employees, who have become known as the ‘working retired,’ represent 11 percent of 55-59 year-olds, 16 percent of 60-65 year-olds, and 19 percent of 66-70 year-olds. Their motives for doing so are mixed, with 72 percent of those age 55-59 (and 60 percent of those age 60-65) citing the need for ‘income to live on’ as a primary reason for working, but among 66-70 year-olds, 72% percent of employees cited the desire to ‘stay active and engaged’ as a primary reason to work, followed by ‘the opportunity to do meaningful work’ (47 percent) and ‘social interaction with colleagues’ (42 percent). Of note, many financial planning experts suggest that working part-time or full-time during retirement years is one way to make up any retirement income shortfall. But odds are high, about one in two, that some workers will be unable to work during retirement because of an illness or disability, corporate downsizing and restructuring, or the need to provide financial support to a family member of loved one. And it’s also important to understand the tax issues of working during retirement.

In the meantime, much has to change in America to make the workplace of the future “work” for boomers. According to AARP’s “Reimagining America,” pension and other laws need to change for older workers so they don’t get penalized for working longer. Employers need to accommodate the needs of older workers, providing flex-time schedules or low-stress jobs, and older workers need to invest in education and skills-training to meet the demands of a constantly changing market for skills, knowledge and experience.

Healthcare costs: A recent Fidelity Investment study suggests that a 65-year-old couple retiring today will need about $200,000 set aside just pay for healthcare costs in retirement. The 2006 estimate, which assumes that the individuals do not have employer-sponsored retiree healthcare, includes expenses associated with Medicare Part B and D premiums (32 percent), Medicare cost-sharing provisions (co-payments, coinsurance, deductibles and excluded benefits) (36 percent), and prescription drug out-of-pocket costs (32 percent). It does not include other health expenses, such as over the counter medications, most dental services and long-term care. And many employers who offer (or had offered) some level of retiree healthcare benefits, are now phasing out or significantly constraining such benefits because they feel they can no longer afford them in the current competitive global environment. While it is uncertain exactly how much of a burden will be placed on the shoulders of retirees for these costs, it appears likely that the costs will “eat up” an expanding portion of retirees’ savings and investments during their golden years.

Given that the average balance in a 401(k) retirement plan for a Baby Boomer turning 60 is now $100,000, financial planning experts suggest that workers will need to plan on funding retiree healthcare expenses in a variety of ways, such as health savings accounts. In addition, those who are able may need to continue working for employers that provide health insurance or retiree health insurance plans.

Volunteerism: Half of Americans age 50 to 70 want jobs that contribute to the greater good now and in retirement, according to a MetLife Foundation/Civic Ventures New Face of Work Survey. According to that survey, Baby Boomers will invent not only a new stage of life between the middle years and true old age but a new stage of work. “Boomers may give back as volunteers, but this survey suggests that their most important contributions to society will likely be through work,” said the study’s author. The planning implication is that Boomers should consider volunteering now, if able, to get a sense of what sorts of work and organizations will best suit them in retirement.

The reality for Baby Boomers is that they’re living longer, fuller lives. They need the help of planners now more than ever.

This column is produced by the Financial Planning Association, the membership organization for the financial planning community, and is provided by Kristine McKinley, a local member of FPA.  Kristine is President and Owner of Beacon Financial Advisors, a fee only financial planning firm located in Lee’s Summit, MO.