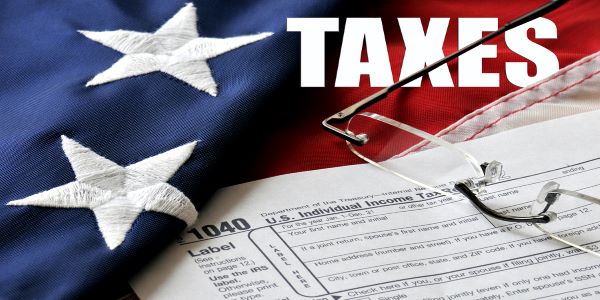 The Tax Cut and Jobs Act of 2017 was passed by Congress earlier this week and signed by President Trump this morning.

Since 2017 is winding up, I wanted to pass along a quick summary of the tax bill. If you are one of the many Americans who will no longer be itemizing under the new bill, you may want to do some planning before the New Year arrives.

The biggest change will be to the tax brackets. Original proposals called for reducing the current seven tax brackets to just three. While that didn’t make the final cut, the new tax brackets will be lower for almost everyone.

The rates for long-term capital gains and qualified dividends remain unchanged at 0%, 15% and 20% depending on which tax bracket you are in (the income ranges are similar to 2017 with small inflation adjustments).

Planning Tip: If possible, try to push or defer 2017 income to 2018 (not an easy task with just a little over a week left in 2017; however, if you can increase retirement contributions or other deductions before year-end this will help reduce your taxable income for the year).

Many people that itemized deductions in the past will now be taking the standard deduction.

However, for those who will still be itemizing deductions, there are a few other changes that may impact your deductions.

Medical expenses above 7.5% will be deductible. The AGI floor under pre-existing law was 10%.

State and local taxes (including income taxes, real estate and personal property taxes) will be limited to $10,000.

Home mortgage interest deduction will be limited to the first $750,000 of debt incurred.

Casualty and theft losses will only be deductible in federally declared disaster areas only.

Job expenses, moving expenses and most miscellaneous deductions will no longer be deductible.

Planning Tip: If you currently itemize but will not be able to under the new law you should consider increasing your charitable donations for 2017 (many people will double up their 2017 donations and decrease 2018 donations).

These changes are temporary and will revert to previous tax law after 2025.

Early proposals eliminated the AMT. While the AMT survived the final bill, the exemption amount was increased from $86,200 to $109,400 for married tax payers, so less people will be subject to AMT.

The requirement that individuals must be covered by a health care plan with minimal essential coverage has been eliminated. People will no longer be penalized for failing to maintain coverage after December 31, 2018.

The maximum corporate tax rate under the new tax law is 21%; the alternative minimum tax for corporations has been eliminated.

Individual taxpayers can deduct 20% of business income (not including wages) from a partnership, S corporation or sole proprietorship. The deduction is limited to 50% of W-2 wages.

As typical, Congress waited until the last minute to pass the new tax law, giving Americans little time to plan for the upcoming changes. Even so, I hope this summary was helpful. Happy Holidays!