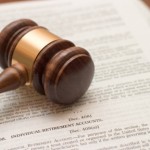 “We had a responsibility to protect middle class families from a tax increase that would have hit their paychecks and harmed the recovery” – Treasury Secretary Timothy Geithner statement after the House passed the newest tax bill last night.

Financial advisors have been preparing their clients for higher taxes as we waited for Congress to do something to stop the Bush era tax credits from expiring at the end of this year.

Given the slow recovery the economy is experiencing an increase in taxes that would have resulted had the Bush tax cuts not been extended would have been a tough blow, especially for the middle income class.

Congress finally passed a bill that would extend the Bush tax cuts, as well as introduce a few new ones.  The bill, called the Tax Relief Unemployment Insurance Reauthorization and Job Creation Act of 2010 is expected to be signed by President Obama later today.

Here are some of the highlights of the new tax bill:

These are just a few of the provisions included in the new tax bill.  The response to the new tax bill has been mixed.  Some economists say this bill will boost economic growth and create millions of jobs.  Others are calling this bill “weak stimulus”.  While I’m not sure how much this bill will boost the economy, I do believe that if the Bush tax cuts were allowed to expire the higher taxes that would have resulted would have been very difficult for taxpayers in this struggling economy.

For more information on the new tax bill and how it will affect you, please visit Tax Cut Deal: How it Affects You at CNNMoney.com.