Time Running Out to Do a Roth IRA Conversion in 2010 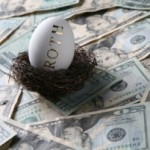 As we near the end of 2010, many people are wondering if a Roth IRA conversion is the right move for them.

Why so much focus on Roth IRAs this year?  The rules that determine who can convert a traditional IRA to a Roth IRA have been changed which will allow more people to convert to Roth IRAs.  Before 2010, only people with modified adjusted gross incomes of less than $100,000 could convert.  Starting in 2010, this income limitation has been lifted, meaning most people are eligible to convert their traditional IRAs to Roth IRAs.

In addition to the income limitation being lifted, the IRS is allowing taxpayers who do a Roth IRA conversion in 2010 to spread their taxes out over two years.  So instead of paying it all on your 2010 tax return, you can pay half in 2011 and half in 2012.

Before you make a decision on whether to convert or not, here are some basics about traditional and Roth IRAs you should be aware of:

As you can see, there are benefits and drawbacks to both types of IRAs, so how do you know which one is right for you?  Here are some general guidelines to help you determine whether a traditional or Roth IRA makes the most sense for you:

So Should You Do a Roth IRA Conversion in 2010?

Many people are not able to contribute to Roth IRA accounts because their income is too high.  Thanks to the income limit for Roth conversions being lifted in 2010, taxpayers who didn’t have access to Roth accounts before can invest in them now by converting their traditional IRAs.

Because of the tax advantages of Roth IRAs, when you convert a traditional IRA to a Roth IRA, you have to pay taxes on the entire amount converted.  This can be a substantial tax bill depending on how much you convert and what tax bracket you are in.

Despite the fact that you have to pay taxes on the amount you convert, it may still make sense for some people to do a Roth IRA conversion in 2010.  You should consider converting to a Roth IRA if:

While Roth IRA conversions won’t be right for everyone, some people will benefit from the new 2010 conversion rules.  The people who will benefit the most include people who have been unable to contribute to Roth IRAs due to income limits and people who expect to be in a higher tax bracket when they retire (or who are convinced that tax rates will continue to go up regardless of which bracket you are in).